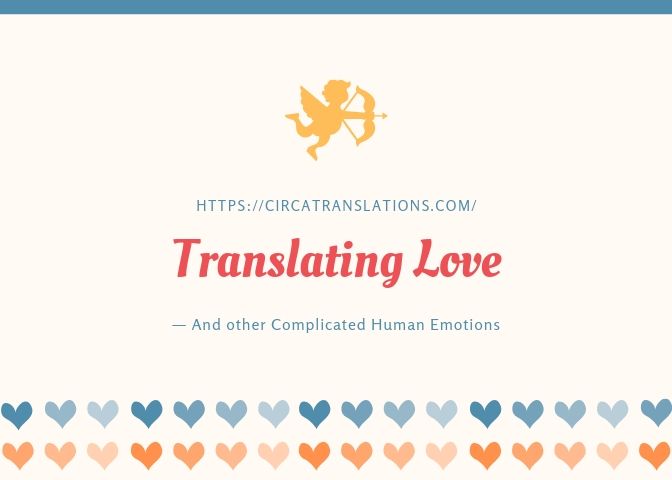 Translation is fascinating, not only in the sense that it can be the window to new perspectives and information, but that it can also be the concrete that reinforces certain emotions and ideas that are universally known. Some languages might not have the vocabulary to describe certain feelings, while others do. And it’s knowing those words that can give a thought or feeling its reality.

Translation can be emotional.

Haruki Murakami’s Men without Women, translated into English from Japanese by Philip Gabriel and Ted Goossen, comprises seven short stories that explore various complicated feelings associated with love and affection. More than simply translating interesting stories, Ted Goossen explained that he wanted the readers to feel what he felt when he read the stories; he sought an emotional response from his audience, rather than an intellectual one. Japanese literature is exceptionally difficult to translate into other languages because, as Matthew Janney wrote in his article Dreaming Murakami, the Japanese language has a closer bond with the mystical, spiritual world—where the realities of truth and fiction are not divided by hard linguistic borders. For example, the word komorebi in Japanese generally translates to the way the sun’s rays is filtered by the leaves of a tree. Imagine having words that can make daily life seem spellbinding by turning them into conscious thoughts? Daily life would probably stop feeling like a chore to be completed.

Translation can be about making sense of emotions.

In Men without Women, the main characters of each story are all men who are either yearning for female companionship, are currently in relationships (but the relationships are all overly complicated), or they have lost the relationship and now look back with regret and misery. Erik R. Lofgren, in his review for the novel, remarks that the stories end abruptly and that the characters usually do not find closure. He also notes that the original author,

Mr. Murakami, wanted to explore the theme of why humans have the need for connection, and why that desire for connection cannot be rationalized. Each story has its own central themes related to love and loss, such as the feelings of emptiness and self-doubt, instability, loneliness, and apathy.

Ted Goossen had to keep these themes in mind while translating the stories without straying too far from the original work. It was a delicate balance between creativity, interpretation, and maintaining the original ideas. Human emotions might be universal, but relying on words to describe and to bring out those emotions take linguistic dexterity. Murakami could do it with his readers, but how does the translator find a way to express to the target audience what Murakami did with his own target audience? Ted Goossen explains his work process in the article York professor translates Japanese into a productive career that

“A lot of translation is like being up on a tightrope because you can’t be too literal, but you can’t be too interpretive either.” He also explains that Japanese literature is hard to work with because:

There is no direct connection between Japanese prose and English prose. The two languages are so different; the grammars and the writing systems are entirely different, and yet, obviously given Murakami’s world-wide success, it’s not mystical or enigmatic. It’s communication, and you are trying to communicate to your readers in the same way that he’s trying to communicate to his readers.

At the end of the day, translation is a means of communication, but the content that needs to be communicated is constantly changing. However, according to Ted Goossen, what needs to be communicated is never truly a mystery. The words themselves are not mystical or secretive, but delving into the meaning behind the words and putting it into another language, and trying to communicate to the new audience what the original author was trying to communicate to their audience is the real challenge. But the results can be worth the effort when the reader is able to gain a new insight—or better yet—comprehend and verbally articulate more accurately the complicated emotions they might have experienced, and be all the wiser for it.

Translators have powers of observation and introspection that allow them to develop insights into human nature—and those insights are not localized to one place and culture. The translation of Men without Women reveals the author’s (and the translator’s) observations of attitudes towards relationships that are not necessarily new and innovative. However, those insights are crucial and possibly solidify what has already been experienced by many. Translation has the ability to render powerful, but vague, hard-to-define, emotions into something that is mentally graspable. That’s the beauty of translation: it can clarify emotions that are fundamentally human—and therefore bring humanity just a little bit closer together.